The event was also an opportunity to celebrate the winners of Cambridgeshire Constabulary’s ‘Safe Award’ presented by Chief Constable Nick Dean and Chief Inspector Steve Kerridge.

Over the last year, community groups from across the county were awarded funding from the Commissioner’s Youth and Community Fund for community projects involving or relating to young people.

A host of projects have benefitted from the fund, including Positive Engagement and Participation of Street Youth (PEPSY), a project set up to support young men to have a positive impact on their communities. 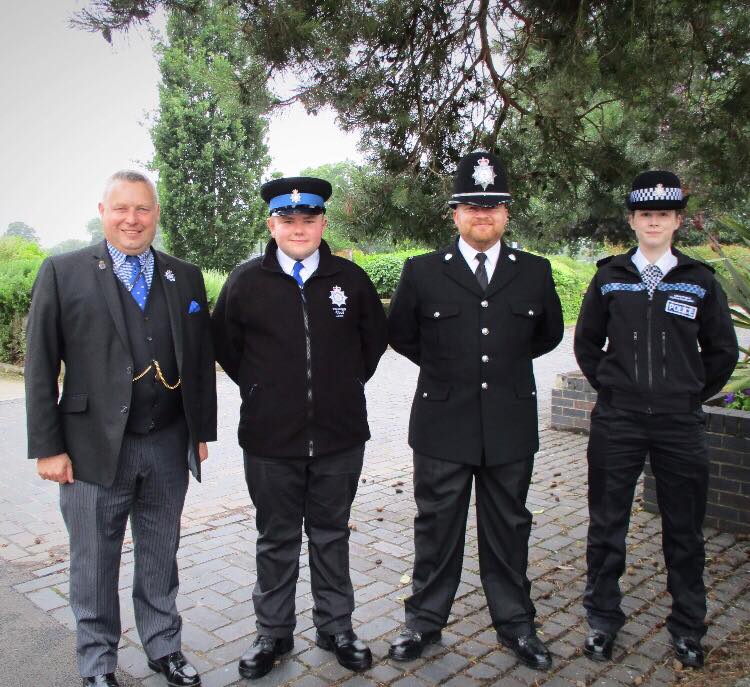 The work of KICK Youth, who received funding to set up a youth club for young people based in St Ives was celebrated. Another recipient was LEADA Cambs CIC who ran a performing arts project. Both projects have worked to improve community relations and reduce the vulnerability of young people.

“I am thrilled to see how the young people at the event continue to engage with their community, and how the projects they have been involved in are leaving a lasting impression. It is heart-warming to see how these groups can affect so many lives, even with only a small amount of money, and make such a significant difference.

“By taking part in positive social action, young people will engage more with their communities and benefit from reduced vulnerability and a reduced risk of becoming involved in crime.”

The Commissioner continues to run his Youth and Community Fund, offering grants to groups working with young people to reduce their vulnerability to crime and improving engagement with their communities. If you are planning such a project, or are part of a local group that supports or engages with young people in Cambridgeshire, see the website of the Office of the Police and Crime Commissioner for further details: http://www.cambridgeshire-pcc.gov.uk/money/grants/youth-fund.

The evening also included celebrating the winners of the Constabulary’s Safe Award. Winning students came from schools and colleges including: Long Road Sixth Form College, College of West Anglia, Cromwell Community College and Spring Common Academy. As part of the competition, schools were asked to design posters about topics including Modern Day Slavery and online safety.

PC Stephanie Calne, Safe Award Lead said: “The SAFE Award has been set up to work in collaboration with students throughout the county to improve engagement with young people. Funding towards the Safe Award was provided through the Modern Slavery Police Transformation Fund with support from local sponsors.

“The competition is now in its third year and is well supported throughout the policing organisation. It is hoped that even more students will participate next year.”